As the founders of Caleb Ministries based in Charlotte, NC, Sandy Day, together with her husband Craig, have a unique calling to minister to women and couples who suffer from some of the most heart-wrenching issues in our culture. 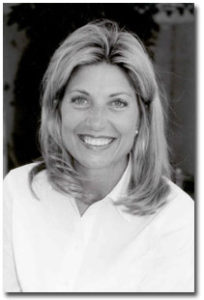 Each day, the staff of Caleb Ministries touches the lives of women who have experienced miscarriage, stillbirth, early infant death, those who are infertile or post-abortive. For Sandy, who has lived through these experiences, the secret to the effectiveness of this ministry is the power of God to restore and change lives through the Truth of His Word.

Sandy grew up in Gastonia, NC and graduated from Ashbrook High School in 1977.  A year later, after a very rebellious and promiscuous lifestyle Sandy repented and accepted Christ’s irresistible gift of salvation.  God began to transform her life.  As she started to understand what God required of her, she broke off her sinful relationship with her boyfriend. Four weeks later, however, she discovered she was pregnant.

She saw abortion as her only option.  For many years Sandy lived in her silent pain of guilt and shame.  Like so many women, Sandy chose to ignore her pain.  In a matter of months, she met her future husband. They married, attended church, and worked long hours to build a business together.  After two short years of marriage, he ended his life. It was a tragedy that awakened Sandy to the power of God’s Word.  During the days that followed, God’s Word became her “best friend.” This was the resource that would see her through the next leg of her journey, one perhaps even more difficult than the last.

After a leave of absence following her husband’s death, Sandy returned to reclaim her spot in the church choir.  Someone was sitting in her chair, but the next chair was empty.  As Sandy went to sit beside the woman in her chair, the two quickly became acquainted as they shared their struggles and prayer requests. However, Sandy didn’t know that when she prayed for her friend’s son, Craig – as she was often asked to do — she was praying for her next husband. Amazingly, within a very short time, God started using him to minister to her. Three years later they were planning a wedding and married on May 4, 1985.

Two and a half years after they were married, Sandy and Craig conceived their first baby.  Eight months into her pregnancy, Sandy realized something was not right and called the Doctor.  After an ultrasound, Sandy and Craig were told; there was no heartbeat.  God’s comfort through this unexpected loss was the impetus behind the birth of an extensive ministry to women that would end up today, 20 years later, helping women all over the world.

After an intense year of trying to conceive again, God gradually brought Sandy to the point where God was enough for her. One Sunday morning after a message about Hannah, Sandy surrendered her deep longing for a child to God.  And as only God could have timed it, Sandy marvels, that very day she was already pregnant with their second son, Corey.

Ten months after Corey’s healthy delivery, God began to impress upon Sandy’s heart a desire to minister to other women who experienced the deep sadness of significant losses.   Caleb Ministries began in August of 1990 and at that time Caleb Ministries became a 501(c) 3 organization.  Within the next four years, her testimony included a miscarriage, the inability to conceive which required multiple surgeries, and a failed adoption.

Over the years, Sandy began to realize that even though she had a powerful testimony, God wanted her to address some issues in her past that she had ignored.  If she was to minister God’s grace to other women, she needed to fully apply it herself.  As she agreed to complete a Bible study that addressed issues she had tucked away for years, God used the study of His Word to change her heart forever.

After much prayer and Craig’s encouraging words, Sandy started to open up to talk about her own abortion.  In the years since they first began reaching out to hurting women, thousands of women have been encouraged and comforted by Sandy’s openness about the struggles she has faced and overcome through Christ.

Today, Caleb Ministries uses God’s Word to comfort women in their grief, as well as, to provide additional resources to help those touched by various sufferings and sins through Caleb Counseling.  More information about the ministry and its offerings is available on the web sites https://www.calebministries.org/ and http://www.calebcounseling.org/ We also have two other websites, one for the post-abortive woman http://www.abbeysplace.org/ and the other for the infertile woman http://www.hohministry.org/

Sandy is also a National Women’s Conference speaker and is passionate about teaching God’s Word to encourage women in any stage or in any walk of life to “…walk in a manner that is worthy of the Lord” Col 1:10.  Sandy is an exciting speaker with a ministering heart and her topics are applicable for all ages and all backgrounds.  Her enthusiasm for Christ is contagious-you will be blessed to have Sandy at your next event.   If you are looking to book Sandy for a women’s event or conference you can contact her at 704.841.1320 or email her: Sandy@calebministries.org

Craig and Sandy are continually amazed at the grace of God and how He brings many hurting people to receive their counsel and resource materials to further encourage them in the Word of God.  If you are a woman and need counseling, please send an email to  Sandy@calebministries.org or call 704-841-1320 to schedule an appointment with Sandy.