For we are His workmanship, created in Christ Jesus for good works, which God prepared beforehand, that we should walk in them.” Ephesians 2:10 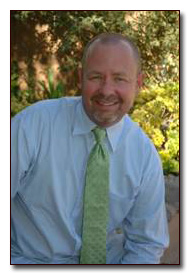 Craig was born in 1957 in Augusta, Georgia and grew up in Pelion, S.C. In 1974 Craig moved to Charlotte and graduated in 1975 from Garinger High School. In 1982 he attended Calvary Church for the first time. His mother had invited him to go to the Singles group there on an August Saturday night. The group was watching a film the night he went and from the very first moment of attendance he felt the love and acceptance of the Christians there. He heard the gospel from the Word of God and God used that to convict him of his sin. He continued to go to the Singles group wanting more and more of the teaching and friendships he enjoyed there. He became a Christian two months later in October of 1982 after he repented of his sin and believed in the Lord Jesus Christ.

Craig met his wife Sandy in the Singles group and they were married on May 4th of 1985. They stayed involved at Calvary and in 1988 they were expecting their first child and he was stillborn on February 15, 1988. This loss and the ensuing pain of grief gave rise to the ministry they founded in 1990. Caleb Ministries was named after their firstborn son James Caleb Day to help families that experience stillbirths, miscarriage, infertility, early infant deaths, and now includes help for post-abortive women. They eventually had another son, Corey, in 1989 and today he is involved in competitive swimming at the college level.

In 1998 Craig was accepted at The Master’s Seminary located in Sun Valley, California to earn his Masters of Divinity degree. The Master’s Seminary was founded by Dr. John MacArthur, Jr. whose radio ministry is “Grace to You.” The Day’s moved to California in the fall of 1999 for Craig to study expository preaching and counseling. Craig graduated in May of 2002 with a M.Div degree and is an ordained minister. In 2004 he was certified as a Biblical counselor with the Association of Certified Biblical Counselors (formerly N.A.N.C. the National Association of Nouthetic Counselors). 2009 brought about the birth of Caleb Counseling, a ministry to equip individuals, couples, and the local church to walk in the doctrinally practical truths set forth in the Scriptures. Contact Craig.

Craig and Sandy are church members at Parkwood.